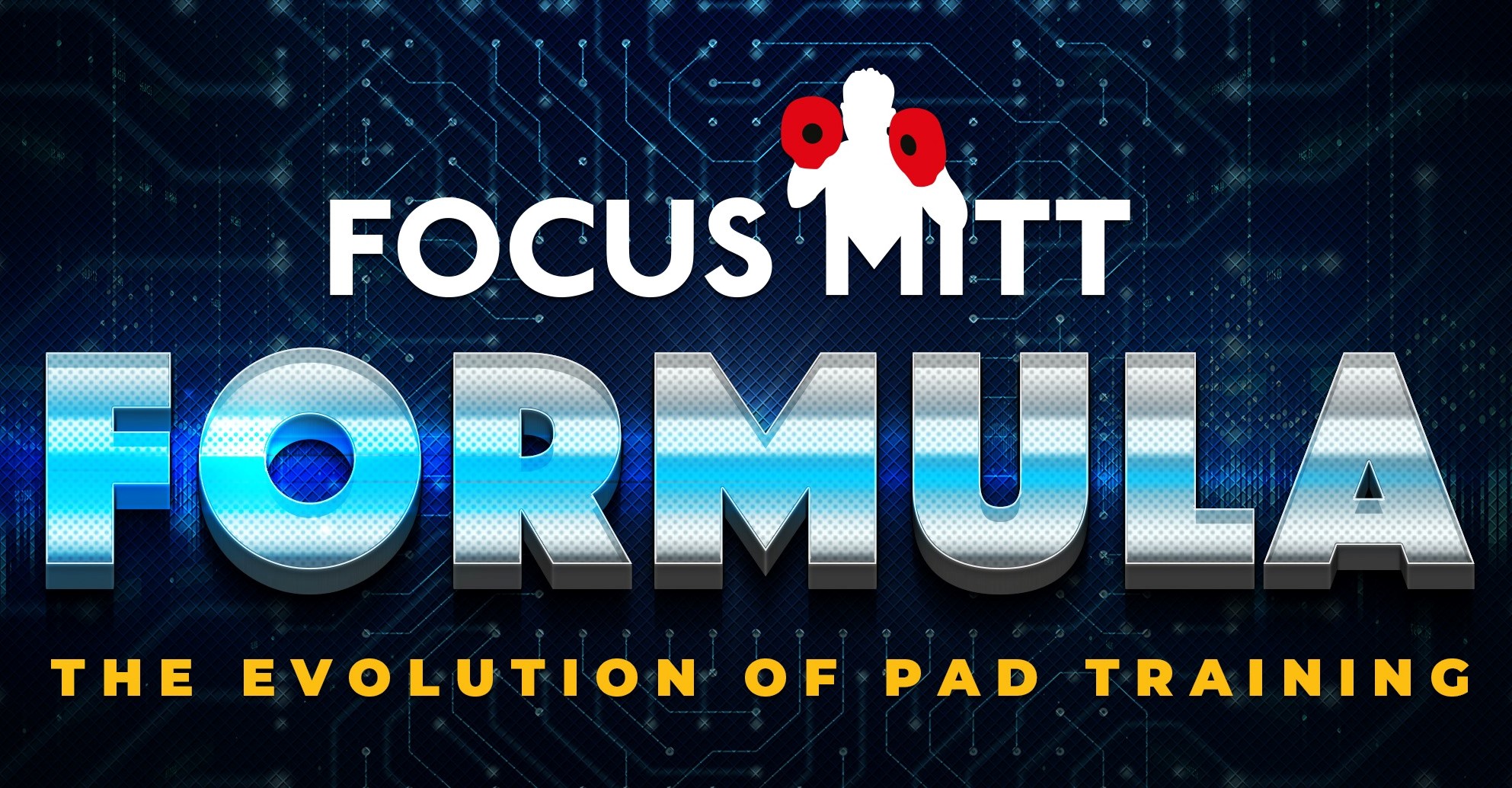 Over the last few years I’ve noticed a worrying trend in pad training. I call this trend “razzle dazzle”. I believe “razzle dazzle” started with videos on YouTube of Floyd Mayweather working the pads with his Uncle Rodger.

Being the showman he is, he showed a lot of cool tricks and patterns (even turning to talk crap to the camera whilst still hitting the pads) and everyone lost their minds and jumped on the bandwagon.

Now all I see is long unrealistic, tightly rehearsed combinations that involve twenty moves with zero footwork that make a person LOOK great on the pads.  What most people don’t appreciate is that Mayweather can train this way because he is the BEST boxer of his generation.

No one looks for the 1000’s hour of training that were required to get him to the level of mastery. We just look at his current training and assume that what got him to where he is today. That's a mistake. The result is people think that “razzle dazzle” is the best or only way to train pads.

The problem is that people think these long pre-rehearsed patterns will work in sparring.

I saw this recently at a boxing gym where I was training a client. Before we started, I watched a young talented kid on the pads giving it “razzle dazzle”. He was throwing ten punch combinations, zero footwork, hands low and looking great. Unfortunately, all his pad work was pre rehearsed combinations and it’s easy to look good when you know exactly what is coming.

After 20 minutes of flawless pad work, he jumped into the ring to spar with another boxer. This was VERY interesting to watch. He didn’t use ANY of the cool drills he’d just practiced, in fact, he looked very tense and uncomfortable. His distancing was wrong, his timing was off, and he couldn’t set up his combinations effectively.

A lot of the pad work I see online is for show, to get likes, shares and comments on Facebook & Instagram.

Whether the fighter can translate those drills to sparring seems irrelevant if they look great on camera. To me, what is the point of doing all that “razzle dazzle” pad work if it doesn’t work in the ring or cage?

What most people need is a simple pad system that develops skills that can be directly applied in sparring or competition.

After a lot of investigation, I discovered that if pad training is to develop skills that transfer to sparring / competition it needs to include five key elements:

When we spar, we are constantly making split second choices to attack, defend, move or do any of a hundred other options.

Pad training should therefore also include an element of choice reaction, (that is, a split-second moment where you must make a choice). If your pad training is always dictated by the feeder telling you what to do or by running pre rehearsed patterns, then the hitter never develops the ability to make a split-second choice under pressure.

Pad training should also include an element of timing. I once attended a seminar with World Kickboxing Champion Bill “Superfoot” Wallace where he summed timing up perfectly.

“Kissing a girl, cooking steak or kicking someone in the head, it’s all about timing”

Let’s focus on the kicking someone in the head. If you kick too early you miss and leave yourself open to a counter. Kick too late and you get jammed up and knocked off balance.

There is always an optimum time to land any strike to maximise extension and increase power. Pad training should be constantly developing and refining a fighters timing.

By only drilling pre rehearsed pad drills we rob the fighter of their ability to develop timing.

Understanding distance is crucial l if you want to be effective in sparring or fighting. Timing and distancing are essentially two sides of the same coin. You cannot land an effective strike without having great timing & distancing.

Being too far away forces you to lunge in and overcommit. Being too close means, you don’t have enough time to defend attacks from your partner / opponent.

Fighting is inherently unpredictable. Your opponent is always going to try to disguise or conceal their intentions. One of the major problems with pad training as its taught right now is that it’s a series of predictable drills.

Coaches create long and elaborate combinations that would be impossible to perform without a compliant partner. To be truly effective pad training needs to match the unpredictability of sparring by including elements that are unexpected and unrehearsed.

I understand the need for drilling mechanics, evasions and effective combinations but at some point, over drilling creates fixed patterns that cannot be undone even when an alternative would be more effective.

Once a combination has been repeated to the point where the mechanics, timing, and distance are consistent then I advise adding an element of unpredictability to the drill to make it more realistic.

Having spent a fair bit of time hitting pads in various gyms I noticed that a lot of holders tend to hold the pads the same regardless of who is stood opposite them. They run the same patterns, combinations and techniques for everyone even if they are tall or short, experienced or beginner, southpaw or orthodox.

This obviously doesn’t help the person hitting the pads as everyone needs a slightly different approach to bring out their natural talents.

For example, I would hold pads differently for a person who is a five foot five orthodox versus a six-foot six-inch southpaw.

Personalising pad work to factor in an individual’s natural attributes / temperament is important if you want to bring develop a fighter’s natural talents. Training excessively patterned pad drills interferes with this personalisation.

The Answer: The Focus Mitt Formula

I’ve spent the last few years struggling with these issues and working with my students and fighters to develop a new approach to pad training that develops skills that transfer into sparring or competition.

My new Focus Mitt Formula has been designed to focus on five key elements that develop transferable skills to sparring or fighting:

Why have I named it Focus Mitt Formula? Well the dictionary defines “Formula” as:

“A Method or Procedure for Achieving Something”

And that is exactly right. The Focus Mitt Formula is a method for developing fight IQ.

I define Fight IQ as

“The ability to fully utilise your combative strengths, capitalise on your opponent’s weakness and adapt at any point in order to win”

Isn’t that what we all want for our students and fighters?

I Need Your Help To Make It Better

I’ve been working on the Focus Mitt Formula for a couple of years now and think it’s an effective system for developing Fight IQ, but of course, I only have a small stable of students and fighters to work with.

I need your help to test the Focus Mitt Formula with your own students and send me feedback on what works, what can be improved and any issues you had. Think of it as an experiment to improve pad work worldwide.

Once I have gathered feedback, I will modify the Formula and make it even better (at no extra charge to yourself). This I hope will be an ongoing process so the Formula will evolve (and improve) over time.

So, please send me your feedback as you work through the system. The more feedback I get the faster the formula can adapt and improve.

Any new modifications will be added to the course so you can track the evolution of the Focus Mitt Formula over time.

What You Get Inside

Inside this course, you will get taught my Focus Mitt Formula as it stands in May 2019.

You will also get access to ALL future updates of the Formula as it evolves in response to yours and other instructors feedback.

I recently taught the Focus Mitt Formula to a group of martial artists at my Super Seminar event.

This was the first time I taught the Formula publically and I've included the video footage as a bonus so you can see how it has evolved since then.

I will see you on the inside

I absolutely love hitting the pads and I love holding them, however the problem I had with pad work is that I struggle to find a way for it to translate into sparring. This is a fantastic programme that teaches your students to make split second d...

I absolutely love hitting the pads and I love holding them, however the problem I had with pad work is that I struggle to find a way for it to translate into sparring. This is a fantastic programme that teaches your students to make split second decisions when the target is presented. Pure genius and a must have to improve your pad work

Very interesting system of freestyle padwork with the focus mitts. So far, so good. Will definitely try it out as soon as possible on my students.

Very interesting system of freestyle padwork with the focus mitts. So far, so good. Will definitely try it out as soon as possible on my students. 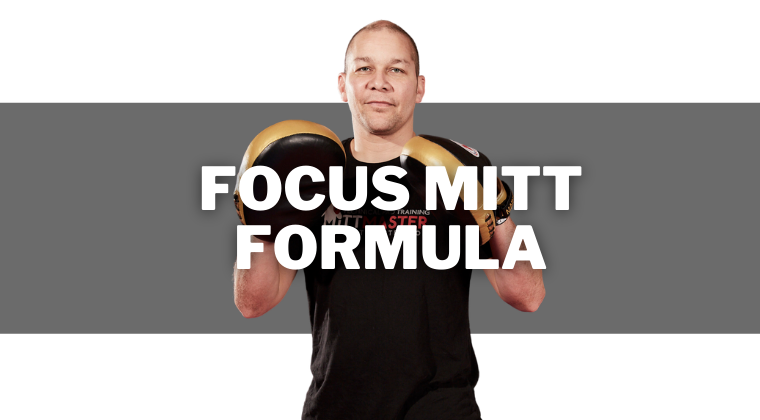 Hi, my name is Mittmaster Matt.

I'm a martial arts student for 35 years, instructor for 20 years, author and creator of the Mittmaster Pad Training system.

This unique pad training system includes over 500 pad drills for Boxing, Martial Arts, Kickboxing, Thaiboxing & MMA and is used daily by 10,000 instructors, coaches and school owners around the world.
50% OFF NOW ONLY £50 / US$65
Click Here To Send Me An Email